I am a wife, mother, sister, shopper and blogger.

I have a story and it goes like this.  A long time ago, there was this young married woman who was helping out at church one day with some other women.  They were commenting on the new Christian Clowning that was going on in some churches.  They talked about it for a while and decided to take the course.  Gwynedd Mercy College was offering it at the time.  It was such an interesting course.  Did you know that once a Clown applies their make up they can't speak.  Everything must be done in mime.  The ladies learned all they could.  When they were done the class they spoke to their Pastor and asked if they could preform next Sunday's sermon in mime.  The Pastor was all for it, so they got down to the business of addressing how they would act out the sermon that the Pastor was going to present.  The Pastor decided to participate with them as well, since his wife was one of the women who took the course.  She explained  everything he had to know.  They all made their outfits, and they to had to have some kind of meaning for everything they added to their outfit. When Sunday came they were all a little nervous, but it went off without a hitch and it was very well accepted.  Everyone loved it and thought it was quite meaningful due to the fact that it was done in mime and the quietness of the church.  Here are some of the pictures.

It was amazing, that's all I can say.  Everyone left church with a full heart that day and will never forget that sermon. It was very spiritual.
Now it was around Halloween and the one young lady asked her family if they would be up for putting a skit together and perform it for a few family members where they were going to visit.  They were all up for it.  So the young lady made her husband and three children all Clown outfits.  The young husband had a beard at the time and the young woman wasn't sure if he would let her put his white face on top of the beard.  But the young man who loves his wife dearly said it was OK.  When they were all dressed and ready to go they practiced their skit in mime.  It was about how much God loves us.  The kids were awesome!
As they were performing their act, it brought tears to the young lady's eyes to think how lucky she was to have a family who trusted her with the help of God to make this happen.  The young family that I am talking about is our family.  I have one picture from this event, and it is one of my most prized possessions.  The glass was broken in our move and when I finally got around to fix it, the picture was stuck to the glass.  I took it to a camera shop to see if they could do anything about it.  They explained it would be very expensive, so I just had them scan the picture for me.
My Clown name is Susabelle, which was very meaningful to me.  My Aunt use to call me by that name. The Christian Clowning course was awesome!  We never wanted it to end.
Whishing you all a wonderful Sunday!
Susan
Posted by Tote at 11:42 PM 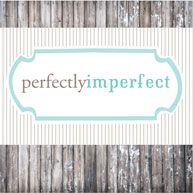 Tote
Collegeville, PA, United States
I am an empty nester of 4 grown children, they are all married. I love shopping, fashion, decorating and all things about family. My husband and I have been Happily married for 43 years, can you believe it! We have 8 grandchildren that I love to spoil, another two on the way! My sons are my hero's to help me as much as they do with computer questions! My daughter is an awesome Mother and a dear friend that I so admire. Feel Free to contact me: susan.d.toto@gmail.com